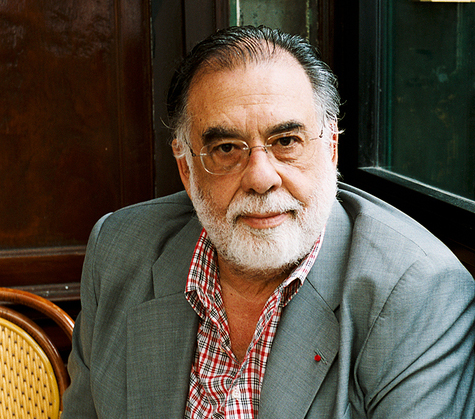 Filmmaker Francis Ford Coppola will receive the Lumière Award during the tenth edition of the Lumière festival, which will run from the 12th to the 20th of October 2019, in Lyon and its metropolitan area.

In the tradition of this distinction that celebrates a film personality for the entirety of his or her work, in the city where the Cinematograph was invented, Francis Ford Coppola joins the ranks of Jane Fonda, Wong Kar-wai, Catherine Deneuve, Martin Scorsese, Pedro Almodóvar, Quentin Tarantino, Gérard Depardieu, Ken Loach, Milos Forman and Clint Eastwood.

“Lumière and its festivalgoers are preparing to honor one of the greatest living legends in the history of cinema,” declared Bertrand Tavernier and Thierry Frémaux, festival organizers. “A filmmaking genius with an extraordinary personal destiny who has directed some of the greatest successes and most celebrated films of the 20th century, Francis Ford Coppola has constantly probed the art of film, exploring innovative modes of narration and style, while maintaining accomplished forms of film classicism in his absolute quest for independence and freedom of creation.”

Director, screenwriter, producer, winemaker, restaurateur, entrepreneur and studio boss, Francis Ford Coppola is more than a man of cinema. Although it seems he was designated as the worthy successor of the Hollywood emperors, he has remained faithful to the ideals of his youth, incessantly questioning the art of telling and producing stories. A director of works characterized by literature and music as well as European culture, he is also passionate about the origins of cinema. His production company, American Zoetrope, was named in memory of a gift he received in the sixties. The visit to Rue du Premier-Film (First-Film Street) by the artist, who has always been interested in the technological evolution of cinema, will take on an even greater importance.

“At my age, with its acquired wisdom, I am happy to have received so many awards and honors, but this invitation to meet the public in the birthplace of the Lumière Cinematograph is enough to make me want to be among you” Francis Ford Coppola told us.

During a grand tribute that will allow audiences to (re)discover his films, experience certain works he has produced and hear him discuss his vision of the cinema, Francis Ford Coppola will receive the Lumière Award on Friday, October 18, 2019 in the grand hall of the Lyon Conference Center.

Francis Ford Coppola was born in Detroit in 1939, heir to a celebrated family of artists of Italian origin, the son of composer Carmine Coppola and actress Italia Pennino, who worked with Vittorio De Sica among others. Icons of Italian-American New York culture, the Coppola clan would be established as a major dynasty in Hollywood and Francis Ford Coppola would become one of the world’s most famous filmmakers. 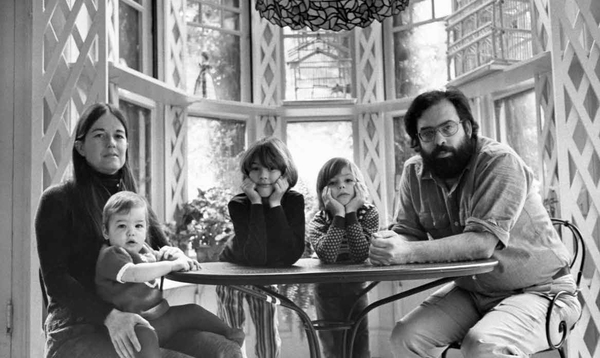 As a child, Coppola lives in various places in the United States, dictated by his father’s travels. “I think that moving every year and the many schools I attended gave me a different perception of time. I went to 25 different schools before going to the University. Each represents a small episode of my life, like a short film with its own cast.” Coppola contracts polio, making him unable to walk or use his left arm, and requiring him to remain apart from other children for one year. During this period, he develops a fascination with animated images and television, and makes short films with his father’s 8mm camera. In 1959, following his theater studies and after seeing Sergei Eisenstein’s October (Ten Days that Shook the World), Coppola enrolls in UCLA (University of California at Los Angeles) to study film.

In the early 1960s, he joins the Roger Corman team, operating as an assistant director. At the same time, he works with the scriptwriting team of Is Paris Burning? by René Clément, an adaptation of the bestseller by Collins and Lapierre on the liberation of Paris, where he rubs shoulders with Gore Vidal, Jean Aurenche, Pierre Bost and Claude Brulé. Dementia 13, made during the Corman era, is the first feature film under Coppola’s name. He is only 24 years old.

In 1968, Warner commissions a film adaptation of a Broadway classic, Finian’s Rainbow, starring Fred Astaire and Petula Clark. While shooting, Francis Ford Coppola becomes friends with his intern, George Lucas, and they found American Zoetrope together the following year in San Francisco. The studio co-produces The Rain People, Coppola’s fourth film, which brings together Robert Duvall and James Caan, with a confidential release. It was with this film, 50 years ago, that Francis Ford Coppola launched his legendary production company, American Zoetrope. Concurrently, the filmmaker wins his first Oscar for the screenplay of Patton by Franklin J. Schaffner. At the turn of the 1970s and the dawn of “New Hollywood”, Paramount entrusts him with a commissioned project: the adaptation of a novel by Mario Puzo, inspired by articles about gangs in New York. 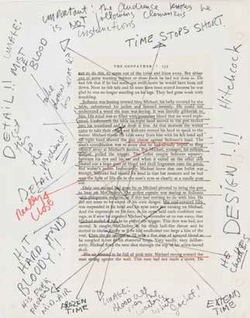 The film is shot in a few weeks between March and August 1971. Marlon Brando, who Coppola insisted on casting against the advice of Paramount, is flanked by two newcomers, Al Pacino and Diane Keaton. The Godfather enjoys huge instant success and takes home three Oscars. At the end of its American run, it will make history as the highest-grossing film ever, surpassing the record set by Gone with the Wind, and will retain the title for a long period. Two sequels, composed of the same cast with the addition of Robert De Niro, based on the same family saga, will complete the most famous trilogy in film.

1974 is a banner year for Coppola. Concurrently released, The Conversation wins the Palme d’Or while The Godfather: Part II garners Academy Awards for Best Picture and Best Director. Doubly recognized, the director stands out as a master of both independent and studio films. Coppola then works on the adaptation of The Great Gatsby, directed by Jack Clayton and a transposition of a novel by Joseph Conrad in the midst of the Vietnam War.

After spending more than five years on a legendary and catastrophic shoot in the heart of the Philippines jungle with an ever-escalating budget, Francis Ford Coppola presents Apocalypse Now at the Cannes Film Festival in the spring of 1979. An absolute triumph, the film wins the Palme d’Or in a tie with Volker Schlöndorff’s The Tin Drum. Today, Apocalypse Now is considered one of the most important films in the history of cinema. Director Coppola worked on it and re-worked it, modifying both its duration and ending. 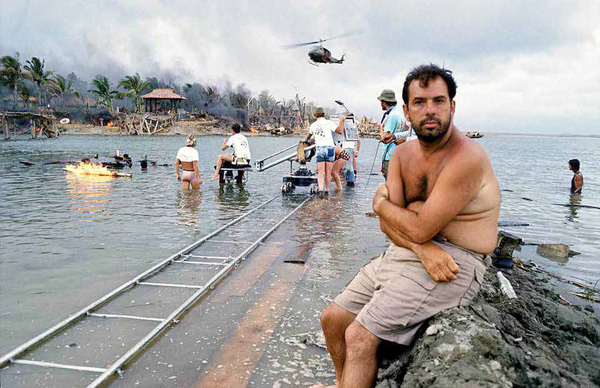 The 1980s mark a significant change in the master’s career. In search of a way to make cinema more modern and lighter, he breaks away from the studios and produces films for Akira Kurosawa and Wim Wenders as well as the experimental documentary Koyaanisqatsi and Paul Schrader’s Mishima: A Life in Four Chapters. For Coppola’s own film, One from the Heart, he reconstructs studio versions of Las Vegas. The movie is an utter failure, taking American Zoetrope to the brink of ruin. In this challenging context, he suddenly shoots The Outsiders and Rumble Fish, two iconic works about youth, with a new energy and a poetry that oscillates between lightness and gravity. In the 1980s, a dynamic period for American movies, the filmmaker establishes a new generation of actors: Matt Dillon, Mickey Rourke, Diane Lane, Tom Cruise, Rob Lowe, Patrick Swayze...

In 1984, the filming and release of The Cotton Club will become notorious for its behind-the-scenes intrigues. Coppola will have fought for the subject and the film, which he recently reedited. This new edition, considered the definitive version, will be screened in Lyon.

Between personal projects and commissioned films, Coppola goes on to direct Peggy Sue Got Married, Gardens of Stone and Tucker: The Man and His Dream, three films reconsidered today. Under pressure from Paramount in 1990, he begins the third instalment of The Godfather, which concludes the story of Michael Corleone, initiated twenty years earlier. Underestimated upon its release, the film is now considered the perfect continuation and ending of the epic trilogy. In the 1990s, Coppola garners public success with the ambitious adaptation of Bram Stoker’s Dracula, but receives criticism for The Rainmaker, an adaptation of a John Grisham novel. Thereafter, Coppola takes a ten-year break from directing and produces films by his two children, Sofia and Roman Coppola. Since returning behind the camera in 2007, he has focused on extremely personal material, resolutely turned towards youth and transmission: Youth Without Youth (2007), Tetro (2009) and Twixt (2012). 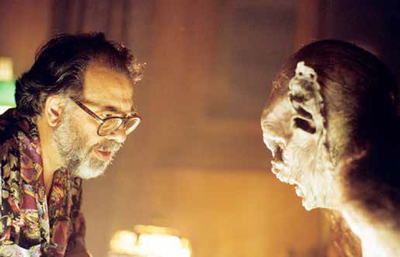 Coppola’s wines, restaurants and resort, representing the art of living he has excelled at since 2006, have also enabled him to free himself from commercial occupations to reach a glorious turning point, a culmination of the gothic and romantic ambitions of the filmmaker. “In some ways, a movie is a good glass of wine; we want to know where it comes from. And I believe that an artist is like a terroir, like a vineyard that produces a wine with unique flavors,” he explained in 2012. 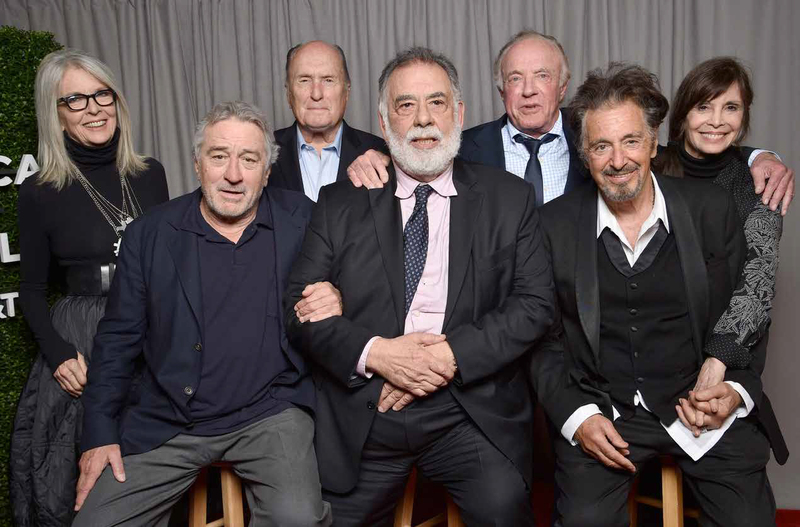 The Lumière Award, which will be presented on Friday, October 18, 2019 in the grand hall of the Lyon Convention Center, will pay tribute to the remarkable career of a giant figure of the cinema.

Organized annually by the Institute Lumière in collaboration with the Metropolis of Lyon and the Auvergne-Rhône-Alpes Region, the Lumière festival has established itself as one of the most important film festivals in just a decade. The festival is dedicated to its audiences and honors the memory of world cinema through invitations and retrospectives. It brings together an ever-growing public, culminating to 185,000 people in 2018, including a theater audience of 129,000. In ten years, the Lumière festival has welcomed nearly one and a half million moviegoers.