The Wheel by Abel Gance

The momentous work by Abel Gance, reconstituted and restored, will be screened in the conditions of the era. An original score featuring the most beautiful music of the 1920s will be performed by The National Orchestra of Lyon, conducted by Frank Strobel.

In co-production with Auditorium of Lyon

The guilty and destructive passion of a man for his protégée leads them both to tragedy. Incorporating elements of Émile Zola, Victor Hugo and William Shakespeare, The Wheel is a major work whose intensity and evocative power influenced Eisenstein and Kurosawa.

With Napoleon, shot four years later, Abel Gance established himself as the pre-eminent French filmmaker of the 1920s, resulting in this extraordinary work of sweeping ambition. 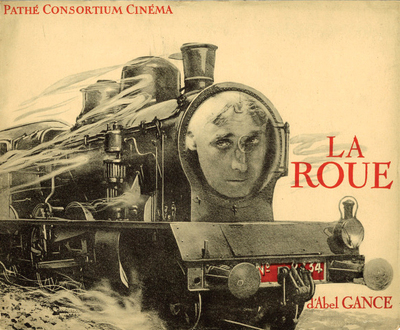 The Lumière festival 2019 invites you to discover a significant event: the worldwide premiere of the legendary film by Abel Gance, The Wheel, one of the first great epic works in the history of the cinema.

This ambitious lyrical saga, a tragedy that probes the depths of the soul, will be screened in two parts, accompanied by the National Orchestra of Lyon in the beautiful Auditorium hall, an ideal setting for this silent film treasure.

An essential heritage film reconstituted and restored by the Jérôme Seydoux-Pathé Foundation, in partnership with the Cinémathèque Française and the Cinémathèque Suisse, made from the negative and numerous prints, based on the original script by Abel Gance, the screening of The Wheel guarantees a unique experience. The cinematographic show will be recreated, reminiscent of events attended by audiences of Gaumont- Palace in 1923.

A major event for the history of cinema, the French and European project brings you the worldwide premiere of the reconstituted and restored print, presented in parallel at the Lumière festival in Lyon and the Konzerthaus in Berlin.

Hailed by its contemporaries, who immediately recognized its modernity and lyricism, the masterpiece, composed of a prologue and four parts, a passionate family saga, stands out as a modern tragedy inspired by the Myth of Sisyphus. Gance’s style and scale would prove a major inspiration for avant-garde cinema of the 1920s. In 1923, ahead of its National release, Romain Kalbris wrote in Cinémagazine, “I believe that an authentic audience, the crowd, will give it the only reception it deserves: triumphant.” The film has since attained legendary status. 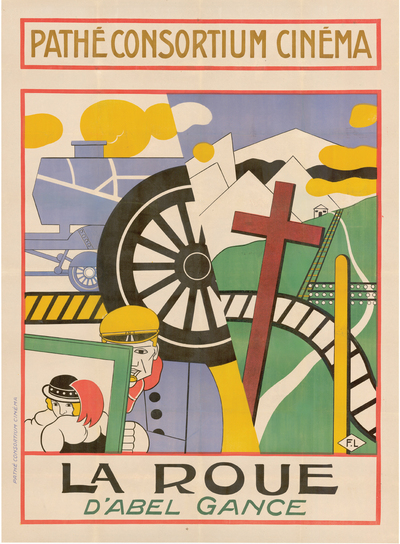 “True to the era, the accompaniment represents
the best of French music of the 1920s.”
Sophie Seydoux

To reconstitute what could have conceivably been the original montage of the 1923 version, the restoration of The Wheel took an innovative and original approach, basing it on the musical list established for the film’s release, which took place on February 16, 1923 at Gaumont Palace in Paris, one of the largest theater halls in the world at the time. Arthur Honegger and Paul Fosse, the conductor of the Gaumont-Palace, had created a musical adaptation of 117 scenes, drawing from 86 pre-existing works.

Honegger and Fosse used preexisting music for pragmatic reasons, but their musical choices were made according to highly specific and demanding artistic criteria. They focused on composers from the French Modern era (Florent Schmitt, Guy Ropartz, Albéric Magnard, Paul Dukas, Albert Roussel) as well as some of Claude Debussy’s later compositions, and the “Cinema- Fantaisie” by Darius Milhaud (1919). The musical score of The Wheel thus became a determining component of the film. Its interpretation by the National Orchestra of Lyon for the Lumière festival will be a true event.

The Jérôme Seydoux-Pathé Foundation endeavors to preserve and make available the historical heritage of Pathé to the public.

Bringing together all the non-film collections of Pathé since its creation in 1896, it serves as a research center for historians, teachers and students, as well as all those interested in the cinema. The Foundation’s activities seek to promote the history of cinema through the history of Pathé.

The exceptional archives of the Foundation, regularly enriched by new acquisitions, reunites several collections. They include a rich collection of iconographic and advertising material, printed documents, film devices and accessories, objects, a library of books and periodicals, and the administrative and legal archives of Pathé since its creation. To date, the Pathé catalog consists of more than 10,000 films, including 9,000 silent films.

A restoration made possible by the Jérôme Seydoux-Pathé Foundation from material kept at the French Film Library and the Swiss Film Library with the support of the CNC. Reconstruction of the film: François Ede. Musical reconstruction: Bernd Thewes. An event supported by Arte and the ZDF.