With a profusion of cult punchlines, astounding costumes and décor, a frantic rhythm and a thunderous soundtrack, Asterix and Obelix: Mission Cleopatra will unleash the audience at the Hall Tony Garnier. “Woooow, I feel so good!”

Our thanks to Pathé

Upon its release in January 2002, Asterix and Obelix: Mission Cleopatra is welcomed as an unexpected French comedy, bursting with a plethora of inventions, timely inside jokes and delectable supporting roles (from Gérard Darmon to Isabelle Nanty), while still featuring a visual and narrative ambition in contrast to such productions. The movie would sell over 14 million tickets, making it the fourth-largest box office hit in France. A well-deserved reward for Alain Chabat, arguably the funniest Frenchman of the last thirty years...

The feature film, Alain Chabat's second, five years after Didier, in the opinion of all “Asterixophiles” (and “Obelixophiles” agree), most closely captures the humor of the early graphic novels, written by René Goscinny and illustrated by Albert Uderzo. 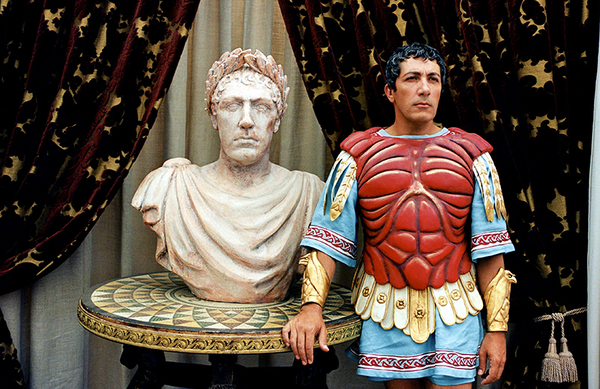 In Asterix and Obelix: Mission Cleopatra, Chabat, a former member of comedy group “Les Nuls,” had the intuition and foresight to reunite an A-list of French comedians: Christian Clavier of “Splendid” fame, Jamel Debbouze, the epitome of "Canal + wit" in the role of architect Numerobis, the Robins des Bois troupe, and even Edouard Baer, who gives a memorable, improvised performance as the melancholy, smooth-talking scribe. Monica Bellucci, attired in the superb wardrobe created for the film (which would win the Caesar award that year), leaves a lasting impression as Cleopatra. 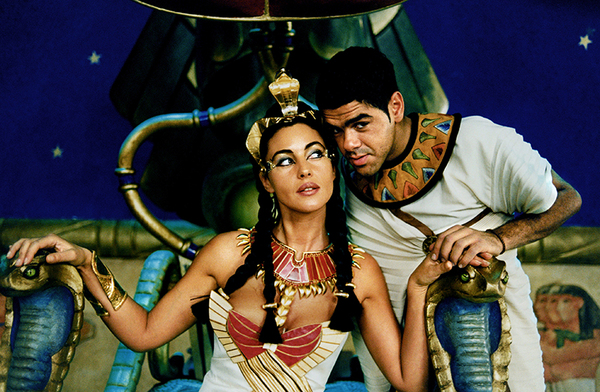 And then there is Gerard Depardieu, dressed in the amusing Gallic pants of Obelix. The actor invents a double of himself, not fat, but "well-padded," and ultra-powerful since he fell into the magic potion as a small child. This naive, big-hearted character would subtly permeate the rest of Depardieu’s filmography. 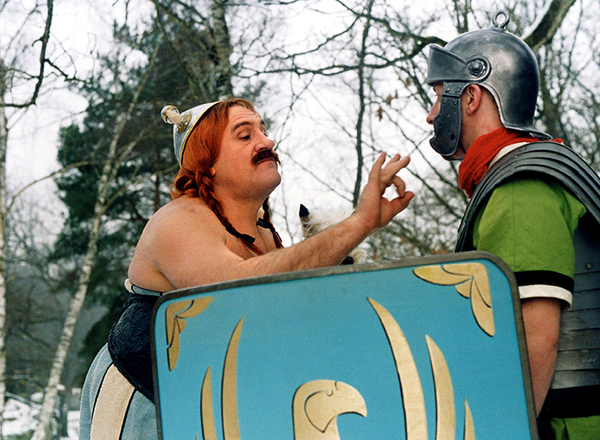