Night program at the Plateforme

The ephemeral nightclub of the festival, where the public and guests go to party. Cocktail bar and DJ sets. Free entry. 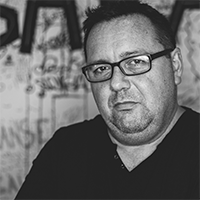 He’s returned to the turntables after a few years behind the scenes organizing Nuits Sonores, making an (un)expected comeback in 2015 and proving that the "elders" have lost none of their generosity, savoir-faire or energy! His past as a drummer and club DJ allows him to define a consistent groove style with jazzy accents, underlined by ubiquitous soul. He can thus pack any recalcitrant dancefloor, since Detroit will always remain his ultimate reference, from the Motown years to the Underground Resistance revolution, almost half a century of musical history in the trenches... 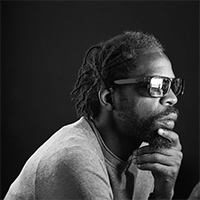 DMC (Disco Mix Club) Champion of France, IDA Champion of France and Vice-Champion of the World DMC team, Planète Sauvage has a gift for transforming the most popular dance floors into a tropical jungle. From the narrow streets of NY Hip-Hop to the electronic steppes and mixes tinged with afro and urban flavors, he flips dance into a state of trance. Urban, Afro, House or Bass, he cuts up and spins the sounds of the Planet to form his unique, resolutely Wild vibe. 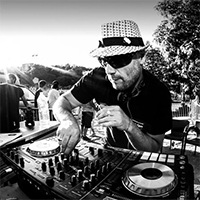 This Lyonnais DJ has been spinning turntables since the end of the 20th century. Founder of Pochatt'Crew (artistic collective bringing together DJs and international graffiti artists) and member of the RedBull Djs Team since 2009, he is always on the lookout for sounds at the crossroads of influences between goodies and fresh tracks, making decisively colorful sets. He’s comfortable in Chill, Club or Festival Mode. Brewer of influence, Rabbeat takes the Dance Floor on a trip. 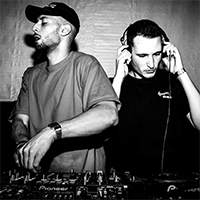 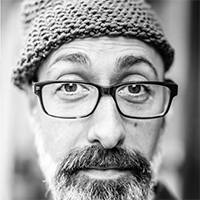 Raised in oak barrels for several years in the purest tradition, we could spot him, among others, alongside... TOTO (not a joke!) or CHEVEU (for real!) at the Festival "LES AUTHENTIKS" on Electric Silence @ WOODSTOWER... or simply accompanied by poultry, dishes in sauces, quiches, soufflés, quenelles or aged cheese. 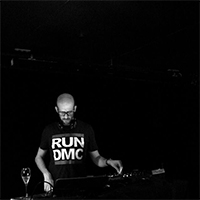 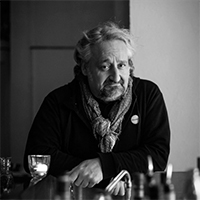 Bobzilla, Bob, Bobby, Michel des Collègues: a tall, indefatigable guy with titanium ears, the terror of the Phocean Dancefloor. Gifted with a certain taste for "good music," whatever its color, combined with an innate sense of celebration and a musical culture both vast and eclectic, the man is also at ease with a bootleg batcave of live funk. Able to lay down a French variety track on top of a reggae hit, followed by an electro remix, he gets no complaints from anyone. 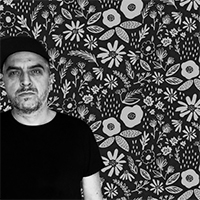 Resident extraordinaire of the biggest clubs and Lyonnais concert cafés, Harry Cover has spun and dictated his unique mix in all corners of France & abroad.  A real Jean-Claude Van Damme of albums(!), he bridges the wide gap between musical styles, comfortable behind the turntables of HELLFEST, JAZZ A VIENNA or Nuits sonores, seen at the Stade De France and the local bar! For more than 15 years, HARRY COVER has also and especially been the French DJ specialist of Covers (hence the clever name), remixes, mashups & other offbeat tracks. An adept of ironic music and unlikely blind tests, this dangerous obsessive collector is not immune to hitting you at any time with a version that leaves you saying WTF!? A 100% Different mix! 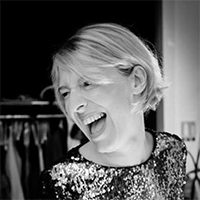 A trained actress, Mademoiselle Charby, far from sulking behind her turntables, likes to focus her sets on the stage aspect, building her mixes by feeding off the audience. At the service of the party and without ever resting on her laurels, her sets have the ambition to strike the right balance between big hits and more esoteric discoveries. The style is deliberately eclectic and although she has a certain weakness for electro and rock, song, soul and hip-hop also make their way into her selections. 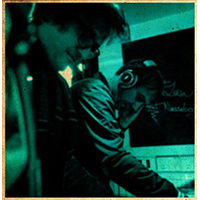 Mr Day & Aperitivo first met on the set of their respective radio programs before unleashing their records in clubs (the Marquise, the Plateforme, Sirius), concert halls (the Transbordeur / Epicerie Modern...) and cafés (the Voxx, Gnome and Rhone...) and have since become masters in dance-ready, tailor-made sounds, from happy hour till dawn. Their mixes favor surprises and musical telescoping with the highways of the tempo, freely unfurling an eclectic, global and retrofuturistic sonorama.